Mid-winter Bee Check Up (with beecam)

With the exception of today's snow, its been a relatively mild winter in Seattle, much to the benefit of our bee ladies. Venessa's hive has been doing great, staying clustered up and working slowly through their honey stores. In a recent peek hrough the window, they were clustered close to the glass, slowly vibrating, a collective calm enveloping them.

By contrast, my hive appears to have worked through their honey stores much more rapidly and has nearly run out. Recent peeks into the viewing window reveal a much more chaotic scene.

In addition to the almost frenzied atmosphere inside the hive, there are also quite a few dead bees outside the hive (Venessa's hive has far fewer, by contrast). 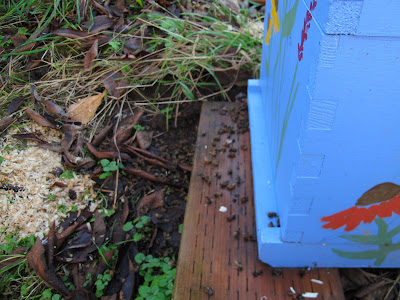 These bee corpses have caused me quite a bit of consternation.  Also, the fact that there are way more outside of my hive than Venessa's has baffled me.  However, after a lot of google research, I've learned that large numbers of bee die-offs in the wintertime is normal.  Seeing them strewn about in front of the hive is not necessairly cause for concern- neither is it cause for alarm if you do not see any dead bees.

That being said, I've become concerned that my bees are going to starve by the end of the winter.  It is still too early to feed syrup, however, so I decided to try making fondant, a bee candy with a soft, squishy consistency.

I found a recipe I liked and got to work. 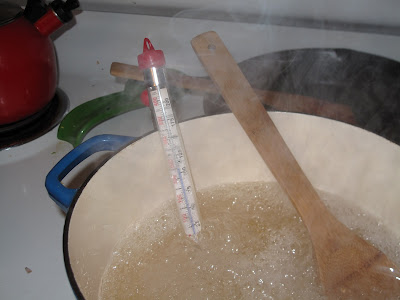 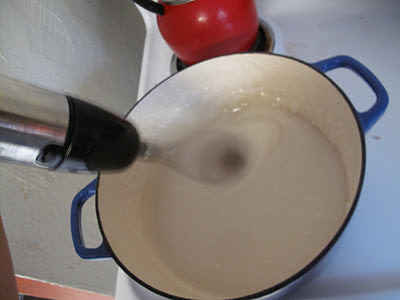 I then poured the mixture onto wax paper to let it cool. 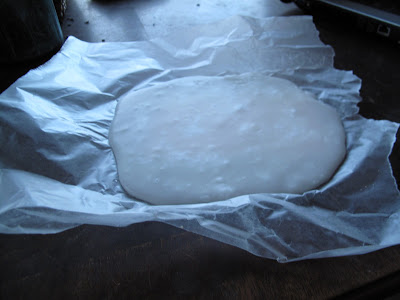 Then I waited for a sunny, warm day so I could open the top of the hive without disturbing/ chilling the bees too much.  The proper temps arrived in mid-December, luckily.  When I finally got in to open the hive, the bees seemed frantic and it was clear that they were basically out of honey and in danger of starving to death.  Needless to say, the fondant was well received.  Here's one bee getting a good taste of it.


Here's another video of a bee taking off for a sunny cleansing flight.

Mid January update-  the bees have eaten through most of the first batch of fondant, so I whipped up a second batch and added that to the top of the hive.
I've been concerned with opening up the hive to add the fondant, so I devised a way to smoosh it in through the top feeder.

There are still lots of active bees in my hive, but the numbers have definitely dwindled.  I'm worried about them surviving through until the spring, which is still a long ways off. All I can do is keep feeding them and crossing my fingers for continued mild weather around here.