Before and After: Electrical Panel (and an 80 gallon surprise in the wall)

We've been making big progress on our remodel, although I've been struggling to keep up with recording it while my belly grows and my energy wanes with my third trimester of pregnancy. The basement electrical rough in is complete, as well as a much-needed overhaul of our electrical panel. I present to you the "before" horror which awaited us behind the wall: 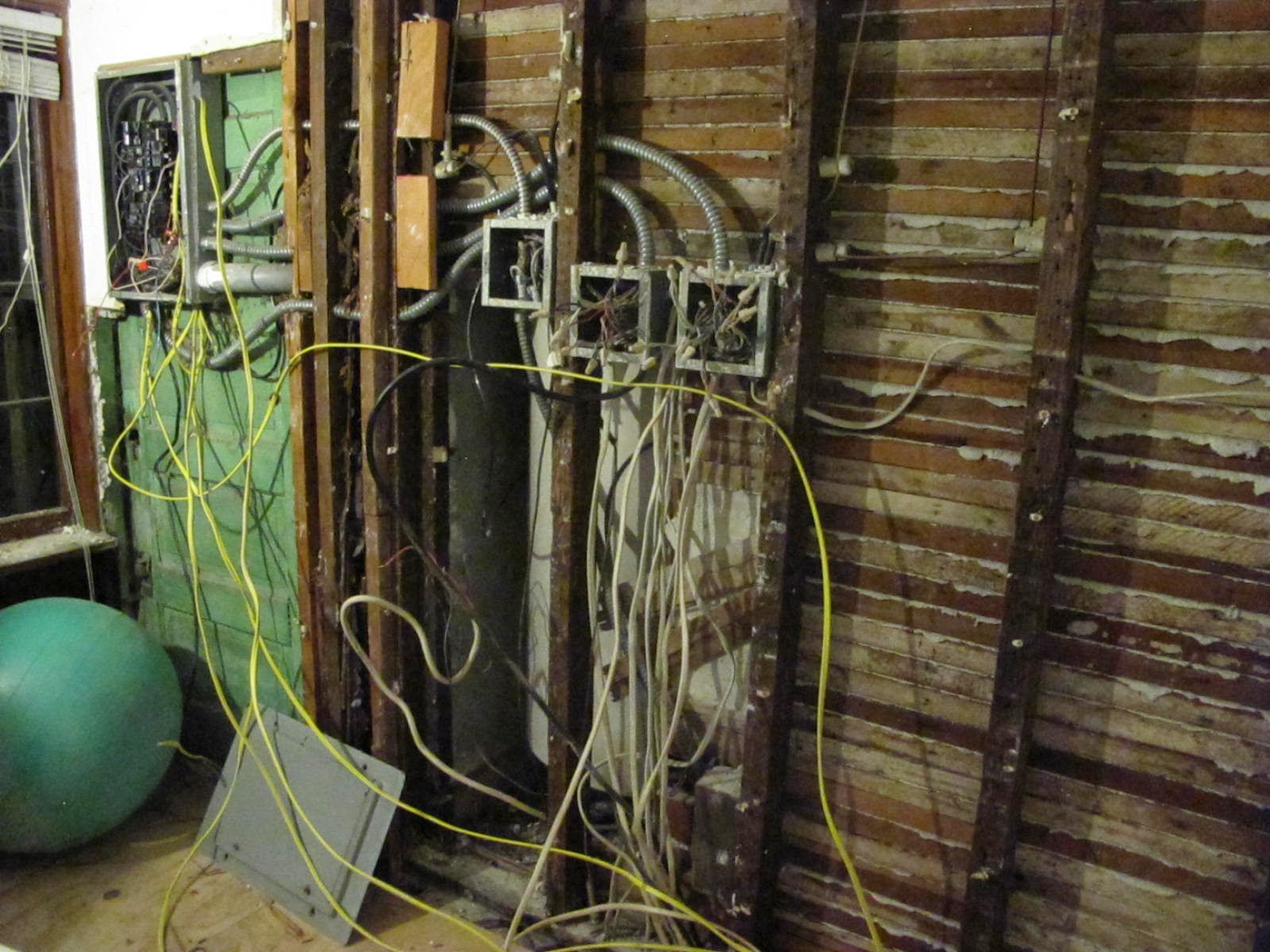 Perhaps the most immediately noticeable element is the fact that the electrical panel is mounted on an old door. Although this is a bit of an unorthodox place to put an electrical panel, it actually wasn't causing any problems nor was it a code violation, so we decided to leave it where it was.

More problematic was the mix of every vintage of wiring- knob and tube all the way up to the current yellow wiring- as well as the octopus of conduit running from those three very full junction boxes to the panel. 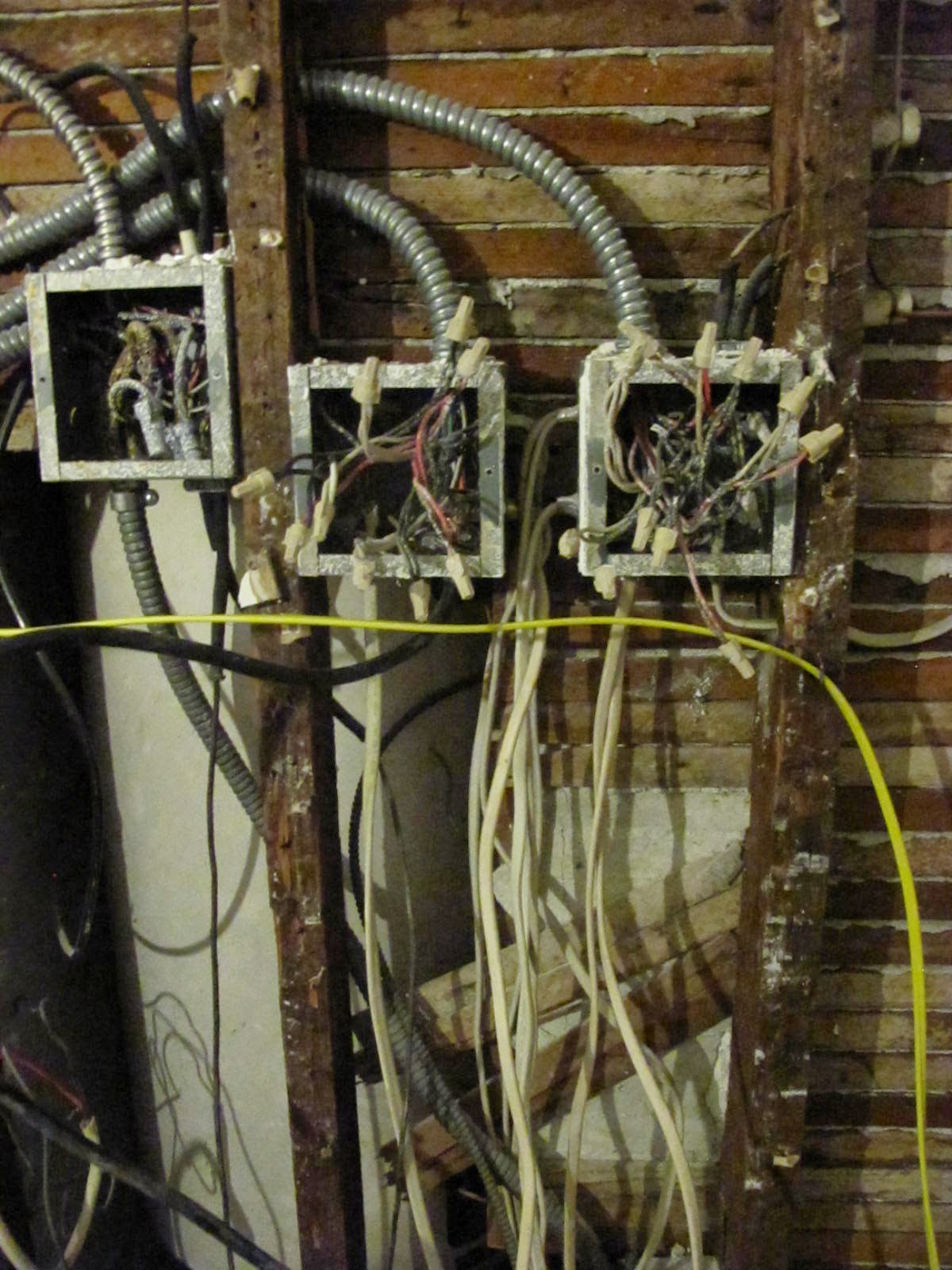 Upon closer investigation, it appears that the junction boxes were likely marking the original panel location.  An old electrical main coming in the wall offered a telling hint.

The other interesting part of this photo is that gigantic old hot water heater in the wall behind the junction boxes. Apparently, when some previous owner stopped using this old beast and replaced it with a newer water heater in the basement, they opted to just leave this in the wall and build walls around it rather than haul it away.

What's even crazier is that this hot water tank was still full of water. Our plumber unknowingly made this unfortunate discovery when he cut into the drain line and was surprised by a deluge of 30 (40?) year old rusty water. Ew.

Chad declared battle on this beast, single-handedly hauling it out to the front porch. It now resides there untl the day when the metal scrap guy arrives to haul it away. 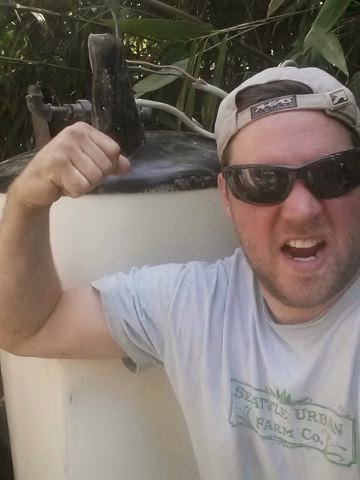 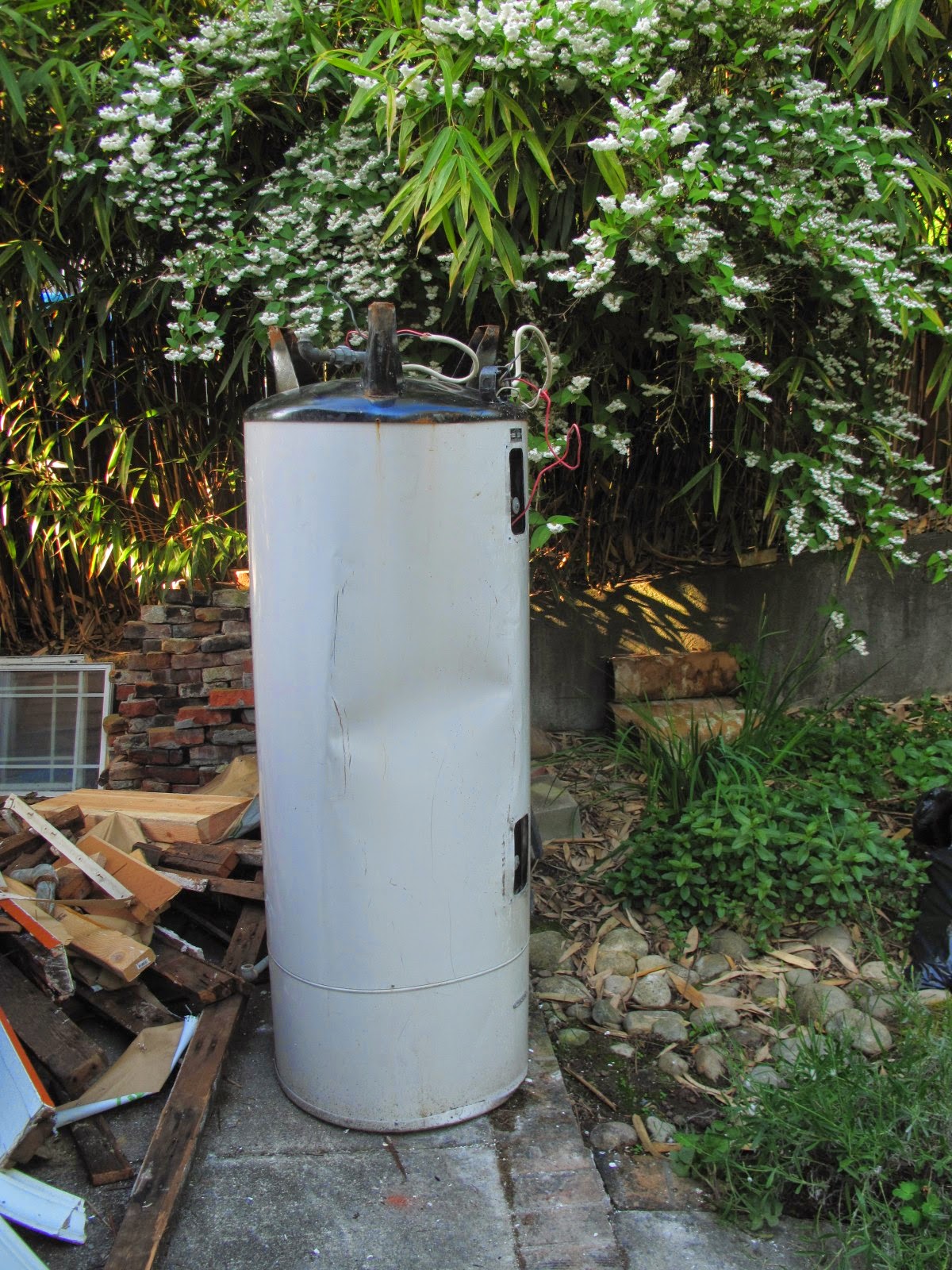 Back inside the house, we demolished the wall behind the junction boxes and our electrician went to work re-wiring all of the connections. It took him less than a day and the results are nothing short of glorious. 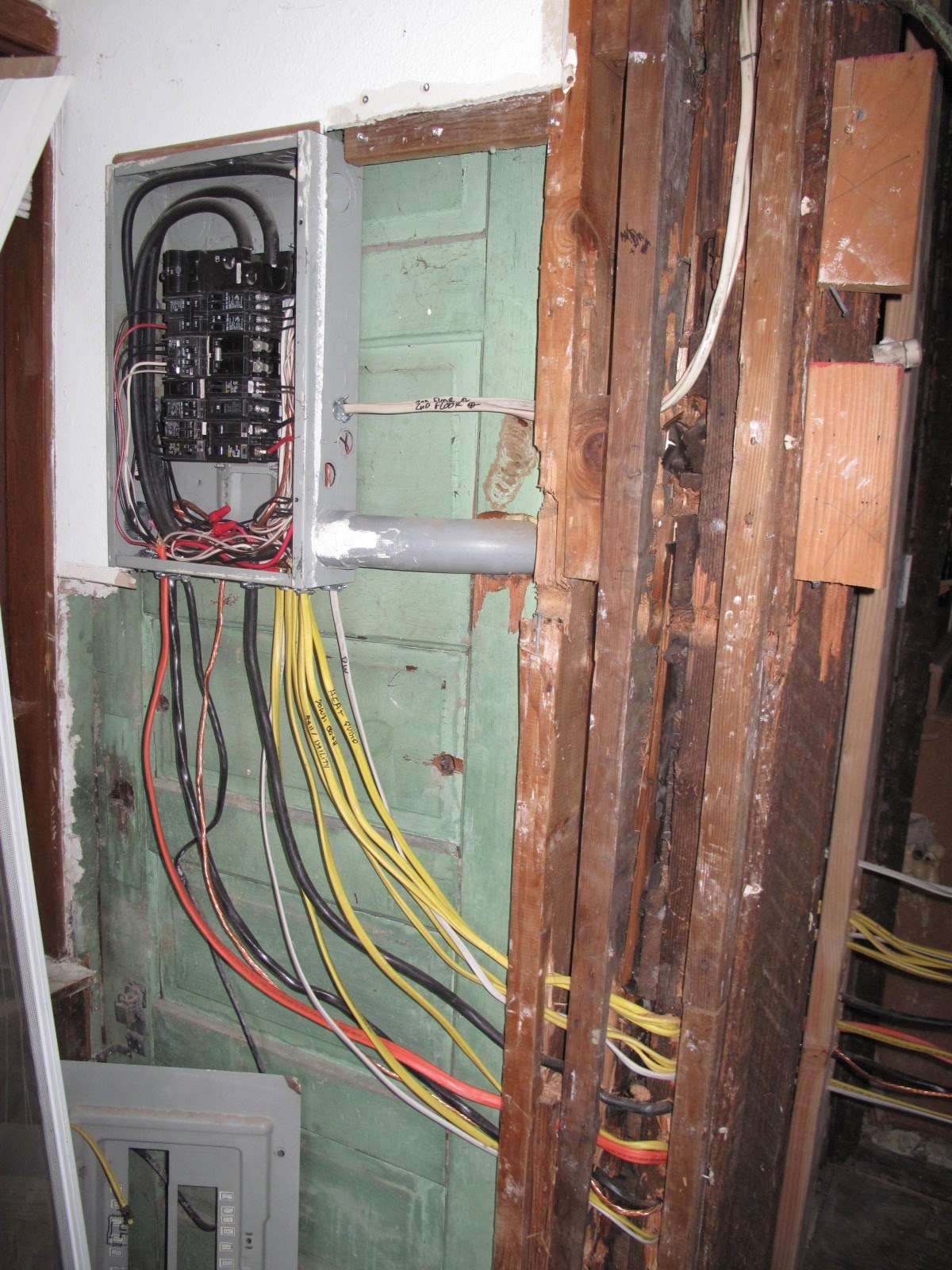 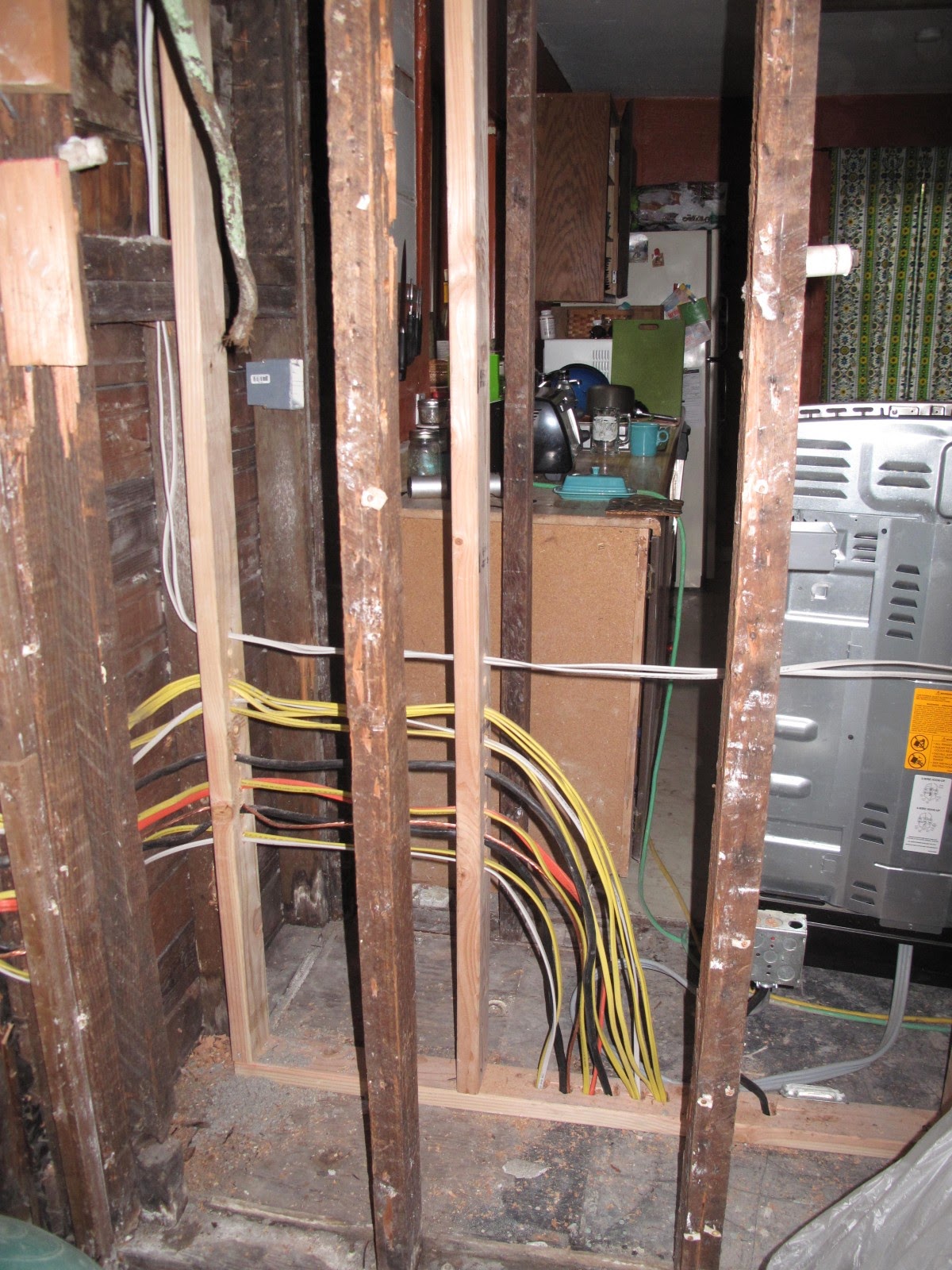 That is one really old water tank. At least you guys got that out of the way and made some improvements. This should work better and be more efficient, once everything else gets installed. Good luck!