Our epic bike ride over the North Cascades Highway... to our Wedding!!

I've spent most of my summer getting ready for our wedding, which happened about three weeks ago in Winthrop, WA.  It was a phenomenal event that many of our friends participated in- people poured their hearts and souls into it!  Recaps will be posted on the wedding blog soon, but this post is about our epic bike ride to our wedding.  That's right- up and over the North Cascades Highway.

A mighty group of 10 riders, all in all, we started the ride in Newhalem.  Well, all of us except Jeremy, who is insane (and a super strong rider) and left from Seattle at 3am to do the complete 190 mile ride in one day.  The rest of us opted to do a "mere" 65 miler with about 7000 feet of climbing, up and over Rainy and Washington Passes.  Anyhow, we met up with Jeremy at about mile 130 for him, at Newhalem Creek Campground, just west of Newhalem. Accompanying us was our awesome sag wagon driver, Mr. Connor Hegarty, and first mutt Miss Lexi Lou. Here's the route we took:

We had a little treat for everyone along for the ride.... as an extra little wedding favor, Chad and I got custom cycling socks made with our two swallows wedding logo! (note:  All photos taken with my camera, unless otherwise noted).

The ride started out with a gradual climb, about 1-2% grade.  We rode for about a mile before coming to a tunnel, complete with a flashing "bicycles in tunnel" sign that activated when you hit a button.  One of my favorite pieces of bicycle-friendly infrastructure. 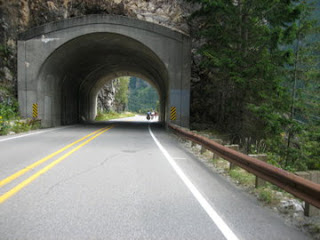 We climbed gradually for a little while, then descended to cross Gorge Lake and Diablo Lake. Here are some images of that part of the ride:

After passing Diablo Lake, the tailwinds turned into a headwind, just as we began the steeper section of climbing.  Although the wind made it difficult, the weather was gorgeous- mid 80's, blue skies, beautiful.  We stopped after about a mile at a lookout, regrouped, and kept grinding.  Up, Up UP past the trail head to Easy Pass, (ha!  ironic name!) where we stopped for a quick snack, then just a steady, steady grind for about 37 miles of climbing.    After a few more water and food breaks, we made it to the top of Rainy Pass, the first of two. 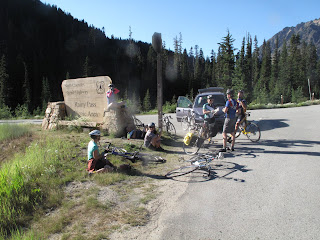 Leaving Rainy Pass, we had a short but fun descent before heading up Washington Pass.  Although we'd be dreading Washington Pass given how hard Rainy Pass was, we soon found that the climb up to Washington Pass was much easier than the long slog up Rainy Pass had been.  Before we knew it, we were coming around the last corner... 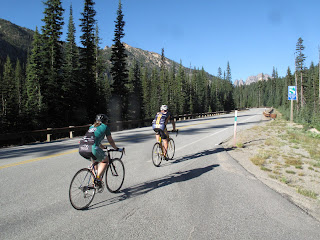 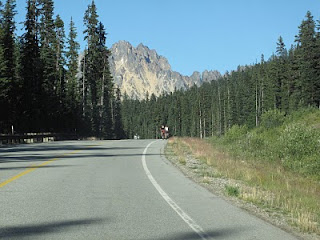 Then we were there!!

It was getting late in the day, so we hurried down the west side of the pass, which was an absolutely screaming descent. Our plan was to go all the way to Mazama in Early Winters campground for the evening; however, everyone was cooked and it was getting dark, so we opted to stay at Lone Fir.  As it turned out, this was a much prettier campground.  We cooked a great meal, started a campfire, and enjoyed the rest of the evening. 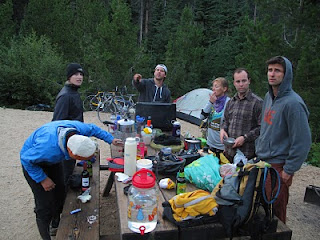 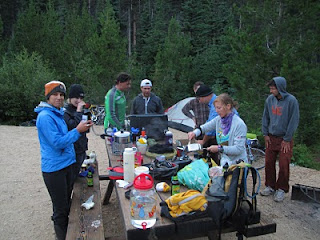 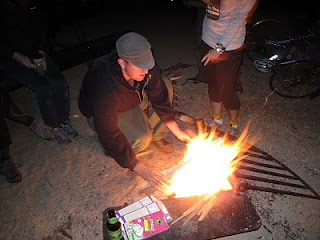 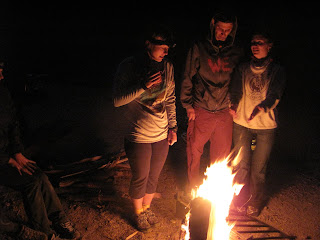 The next morning, we headed out of camp to complete the remaining 25 miles of our ride to Winthrop. 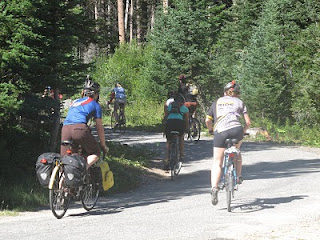 The day was all downhill and flat, no uphill whatsoever (which was good given the condition of legs in the group!).  We rode along the river, messing around a bit, but trying to hustle to get to Spring Creek Ranch by noon.  We did see a really neat bicycle camping facility- definitely something to take note of in the future. 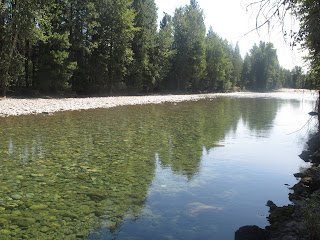 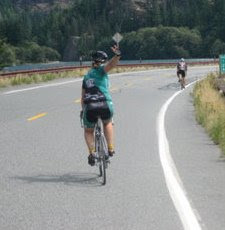 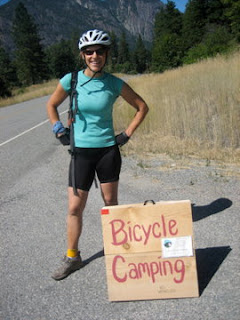 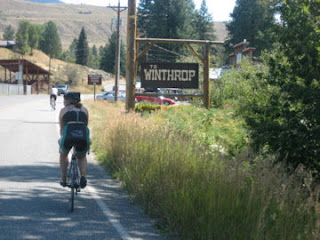 We rolled into Winthrop a bit after noon, and were to Spring Creek Ranch by 12:30. 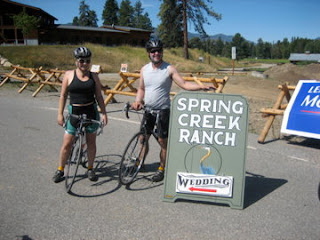 We put the bikes out to pasture after their long hard ride.  It was time to start thinking about getting hitched! 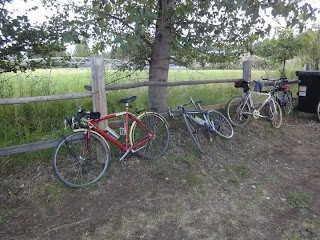