Small signs of spring abound in nature at this moment.  My allergies are back, which is a sure sign of pollen activity by those tall, stately cedars and their shrubby cousins, the Junipers.  Crocuses are up, daffodils are poking their leaves through the soil, and the wind has lost its nip.  Buds are swelling on the blueberry bushes and on the fruit trees, and leaves are ready to pop out of the bare raspberry canes.  Today in the garden I noted another sure sign of spring- garlic sprouts poking their stout heads above ground! 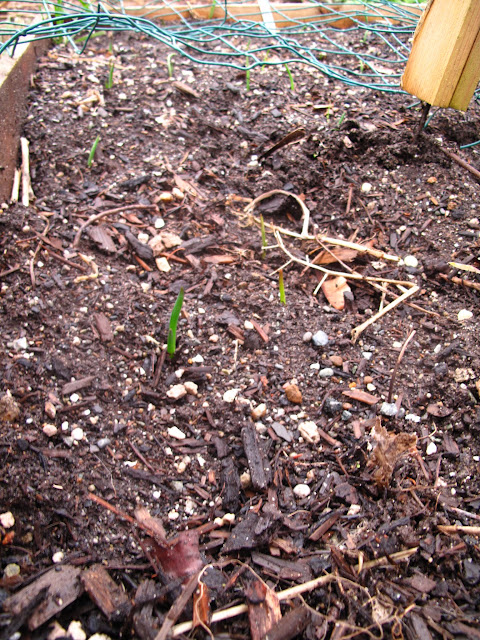 Onions have also sprouted, as has the lettuce and arugula from fall's planting.  By some miracle, the broccoli which did not produce well at all last summer, but was left in the ground in a hopeful denial of winter, has made it through and has formed quite respectable heads! Bok Choi is also bushing out, and the chard never got the memo about winter, although I saw it quite wilted in December's snow. Hardy vegetable, chard is. The kale is no longer a small green growth but a kale tree, showing no signs of sucombing to the timeline perscribed by its status as an "annual."

Seeing all of this growth convinced me that today was a perfect day to plant peas. 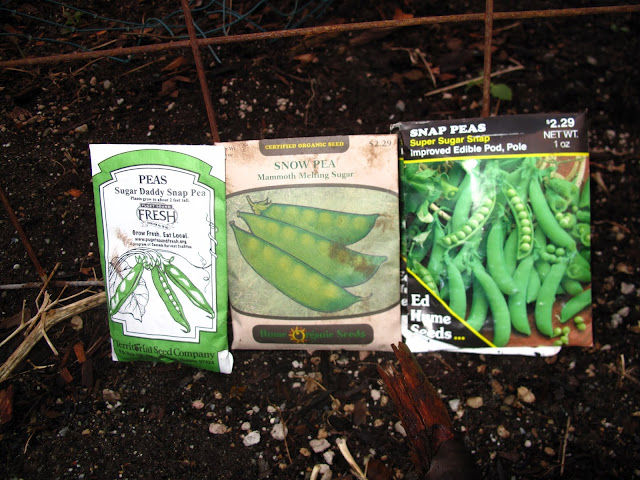 I just love the act of planting these robust nuggets- spreading them two inches from their bretheren, poking them into the ground up to my knuckle, and covering them with a bit of soil, bedding them down for a final fortnight's rest before they are called into growth by the warming, lengthening days to grow forth.

In a few weeks we'll be eating peas by the handful and thinking back to the way the days started to emerge from the dark in February.

Yay! I can't wait for my peas to come up. I put in pre-sprouted seeds a bit ago and have been eagerly waiting to see their little green heads poke above the soil. I saw a few tiny little hints of green out there today.

And, I've got some good news for you--some kales are I think technically a "biennial" so it might still have another season to go!