One of the more interesting discoveries inside our walls was this old door. Some prior owner no longer wanted a door to the back yard, so they sided and framed right over the door, as well as an old window next to the door. Although it was a cool find, it had to go.  The wood was rotting and the paint, almost surely lead-based, was bubbling and chipping off in a disturbing manner. I did take some time to salvage the cool hardware, however- an old door knob and a very cool latch that still works great.  We'll find another use for them soon, I'm sure. 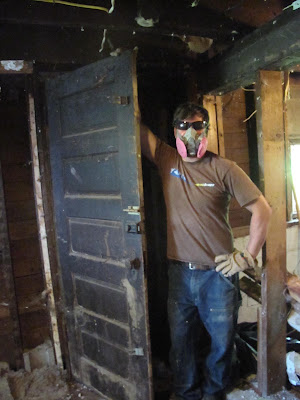 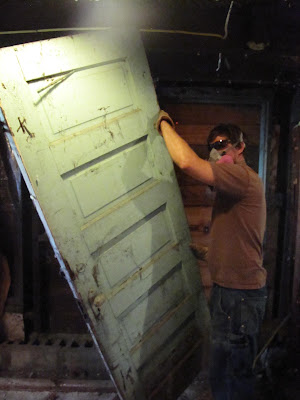 We intended to install a French Door, but once we got the walls opened up, we figured it would be much easier to use the existing doorway for a standard width single  door.  We could skip cutting into the foundation this way, and also preserve more wall space in our new small-ish bedroom.  We found a $30 door on craigslist that fit the space.  Beyond needing new paint, it will suit our needs just fine. It is quite lovely to have a door to the back yard from the basement now. 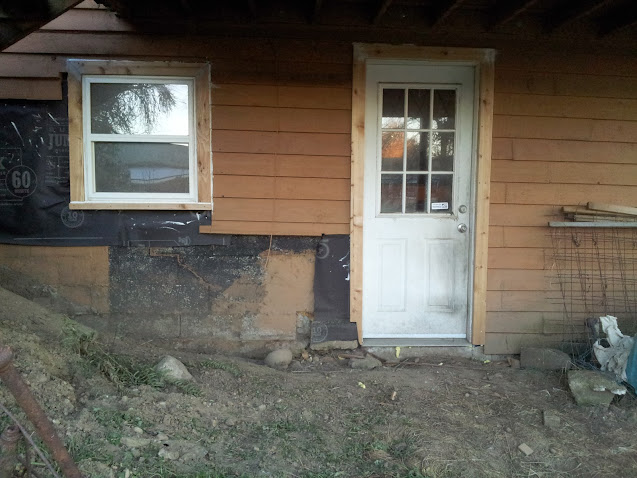 (side note:  This is still an in-process photo- we still
need to patch the siding and paint the trim.)

With the door installed, Chad started on the windows, which we acquired as part of a fourteen-window package through a major (as in deal-of-the-century) score on Craigslist.  They are double paned, low-E vinyl Eurocraft windows, manufactured in 2007 and still under warranty.  They came out of a house in Madison Park that had all of its windows replaced, but then was sold to a new owner, who tore the house down. We paid $600 for all fourteen windows, which officially qualifies as the best Craigslist deal for this entire house project.

We came across the windows early enough in the project that we were able to design our window spaces around them, which worked much better than trying to piecemeal individual windows together from various sources. Here are some pictures of the side window going in: 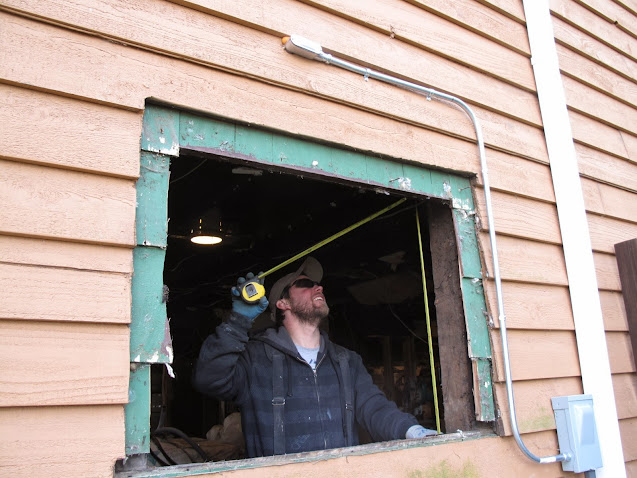 Chad measuring the opening (cool old green siding under there!) 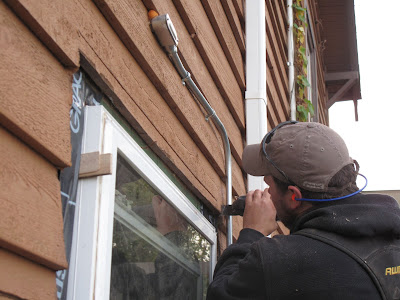 Window held in place with shims, Chad grinding out a bit of the siding for the trim. 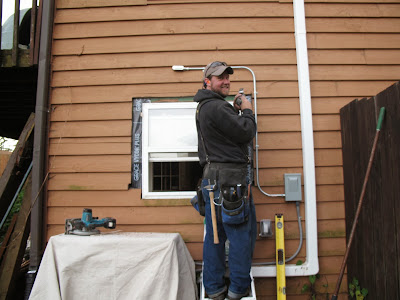 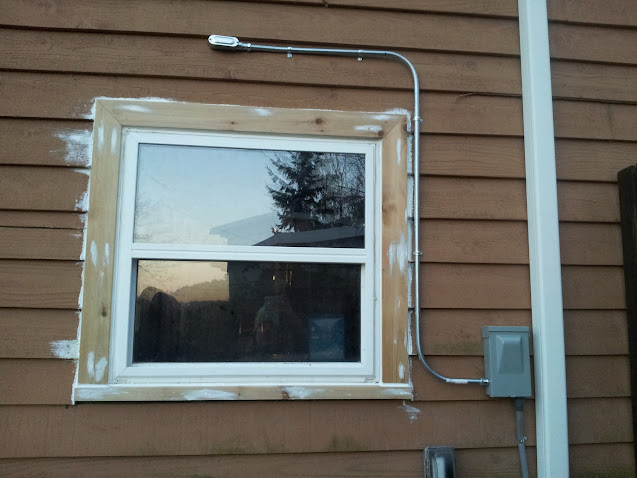 And the final product (although we still need to paint the trim of course).

I am not much use during the window install process, as it's quite technical and requires a lot of skill, but doesn't really require a less skilled helper aside for the occassional "hold this please" task.  I kept myself busy by starting a lovely bonfire, to take the edge off the chill and to burn through the waste wood. 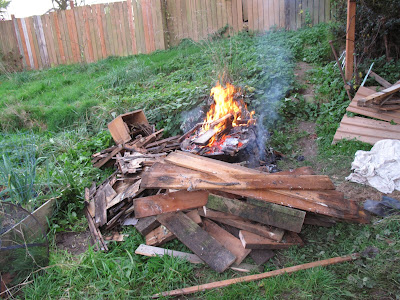 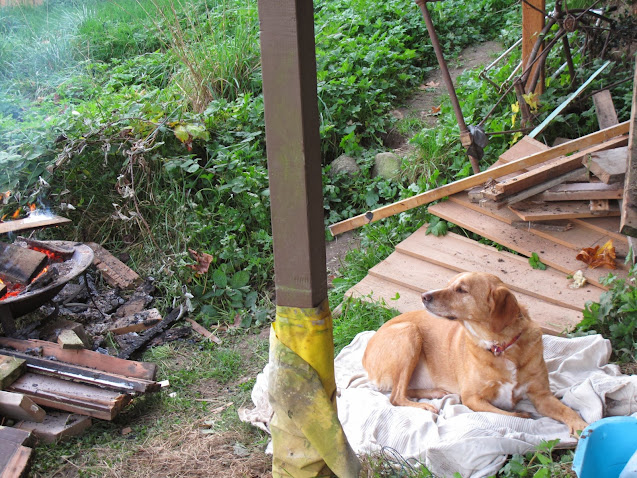 This fire burned for a good 10 hours and we only got part way through our scrap wood stack.  We will definitely have more bonfires in the future- it's such an enjoyable way to take the chill off a brisk afternoon!

A French door would look nice, but I understand that budget and convenience should come first. It turned out nice, anyway. What about the siding? The back seems to need a little painting job. Clint @ ANBSR.com

The new siding is more beautiful than the old one, Meghan. Anyway, it's nice to see the progress on your basement renovation. As far as your photos show, you still have lots of work to do. How's it today? :)

Thank you for your comments, Clint and Leanne. May I ask how you found my blog? Always exciting to hear from new readers! Anyhow, we are keeping the existing cedar siding, it's in relatively good shape (although it will need to be painted in the next few years). The green stuff underneath is cool but not as cool as our existing stuff! Clint, we will probably add some siding over the exposed CMU foundation in the back, but most likely not until we finish the interior stuff (same with the trim paint as well as paint for the door!).